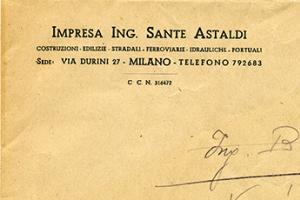 Astaldi Group was set up in the 1920s when engineer Sante Astaldi established the one-man firm “Ing. Sante Astaldi”, a construction company that worked mainly on large-scale civil works contracts in Italy and overseas colonies. 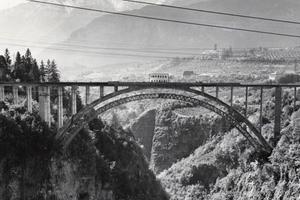 The company worked mainly in Italy and Africa until the start of the Second World War and was involved in the construction of railways, aqueducts, ports and state buildings.

Some of its early works included the Rome-Naples (1929) and Bologna-Florence (1935) fast railway lines in Italy and the road from Addis Abeba to the Great Lakes in Ethiopia (1940). 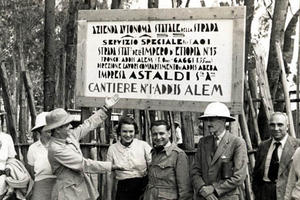 The company continued to play a major role in Italy and extended its range of activity to Eastern Africa (Kenya, Uganda) and other parts of Africa (Ghana, Sierra Leone, Nigeria, Burundi, Rwanda and Mozambique).

Works mainly consisted of road construction, while in Italy, the company was involved in post-war reconstruction, especially hydraulic plants and railways. 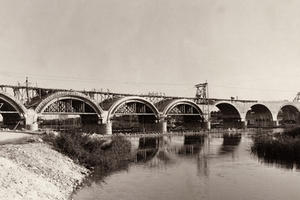 The post-war reconstruction in Italy

Important projects during these years included the Milan-Venice railway (1947), the S. Massenza and Cimego hydroelectric plants in Trento and the underground station of the Recentino plant in Terni (1952) - the first results of major advances in technological innovation. 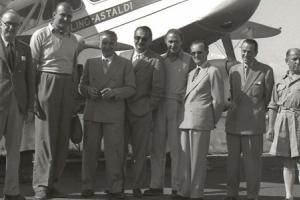 Astaldi’s international presence began to expand in Africa, first as part of a joint venture with English businessman John Stirling and later on its own.

The company Astaldi Estero S.p.A. was set up. 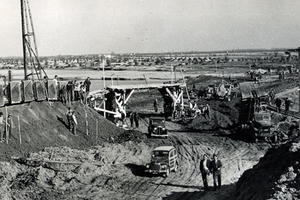 The River Po’s banks in Occhiobello

The company rose to national prominence following the breaking of the River Po’s banks in Occhiobello.

On the evening of November 14 1951, the river burst its banks in three locations, killing 87 people while forcing the evacuation of 160,000 others and flooding more than 20,000 farms.

Emergency repair works were assigned to companies with “exceptional technical organisation and financial soundness.” Astaldi closed the banks that had burst in Bosco by constructing a defence made of rocks and stones measuring approximately 50,000 m³ followed by an embankment of 500,000m³ of soil.

Works during these years include the Namanga-Taveta road (1953), 228 kilometres of highway and 26 iron bridges in Tanzania, as well as the construction of 115 kilometres of railway in West Uganda (1956), a milestone work that helped to drive economic development in central Africa. 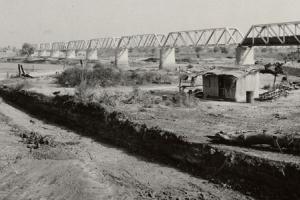 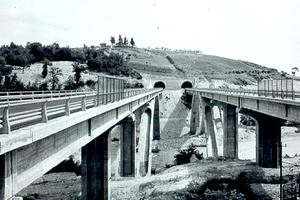 The Autostrada del Sole (A1)

Italy experienced the height of its economic boom in the 1950s and 1960s. One of the symbols of this social change was the opening of the Rome-Bologna section of the Autostrada del Sole in the early 1960s, built mainly by Astaldi.

The road, which ran across the Apennines and connected most of the peninsula, became a point of reference for many other European countries and allowed people and vehicles to travel at a speed that had been unconceivable until then.

Projects included the construction of the Tarbela Dam (1978) in Pakistan, and the Inga hydroelectric plant located in today’s Democratic Republic of Congo.

The project was completed in various phases (Inga 1 and Inga 2) between 1968 and 1981 and is still considered to be one of the most important hydroelectric plants in the world. The contract led to Astaldi winning the Ingersoll-Rand Award for “the exceptional nature and magnificence of the works, the highly civilised purposes in relation to the country’s development and the considerable knock-on effects at an industrial level”.

For the Inga hydroelectric plant, the Ingersoll-Rand Award was given to Astaldi for "the exceptional nature and magnificence of the works, the highly civilised purposes in relation to the country's development and the considerable knock-on effects at an industrial level". 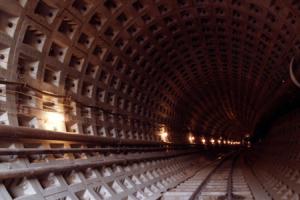 Astaldi was also involved in the Boké industrialisation project in Guinea (1973), a project that led to the construction of a port, a 150-kilometre railway, two residential centres and an industrial district.

The company also built the Caracas underground during this time. It was Astaldi’s first major experience in this sector.

In the 1970s the Rome-Florence Fast Railway

During the 1970s, Astaldi made an important contribution to construction of another major infrastructure, the Rome-Florence Fast Railway (1976).

This was the first high-speed railway line in Europe and allowed trains to travel at speeds in excess of 180km/h.

Operations were reorganised during the 1980s and culminated in the merger of Impresa Astaldi Estero and Impresa Astaldi Costruzioni e Lavori Pubblici, which led to the establishment of today’s Astaldi S.p.A. 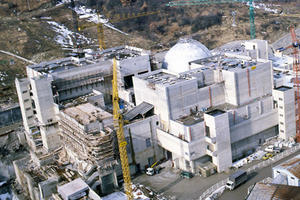 The Group continued to operate in the traditional transport infrastructure and water sectors but also played a significant role in Italy’s entry into the nuclear sector, taking part in the construction of the Brasimone (1988) and Montalto di Castro (1993) PEC nuclear power plants.

Involvement in CERN’s LEP project (Laboratorie Electron et Positron) in Geneva (1988) for the study of electrons and positrons led to the construction of a 26km deep tunnel. Three tunnel-boring machines (TBMs) were used, and this technology became widely adopted in the underground construction sector. 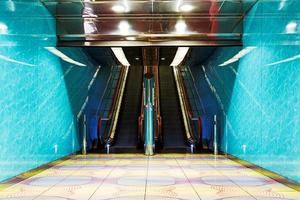 Line 3 of the Milan underground (1994) and Line 1 of the Naples underground (1995) were built, the latter project leading to the construction of the so-called “art stations,” which were crucial to the upgrade of Campania’s regional capital. 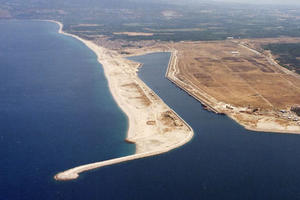 Other important projects from these years include the Gioia Tauro industrial port (1985), one of the most important in the Mediterranean, the Trans-Gabonese (1987) and Congo-Ocean (1985) railways and the El Cajón hydroelectric plant (1985) in Honduras.

Establishment of the Astaldi S.p.A. based in Rome 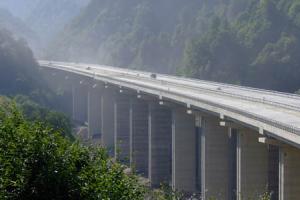 The Anatolia motorway (2007) in Turkey was Astaldi’s first project as a General Contractor and included responsibility for financing, design and performance of the project.

The organisational challenges were compounded by the site’s orographic and seismological complexity. 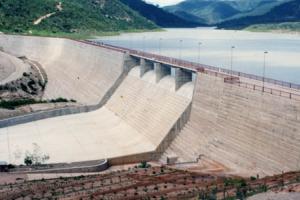 The innovative Roller Compacted Concrete (RCC) technique used in the construction of the Concepción Dam (1990) in Honduras enabled Astaldi to complete the project in record time.

As a result, the company won the Ingersoll-Rand Award for the second time since the Inga hydroelectric plant project in 1970.

During the 1990s, Astaldi steered its activities towards new markets.

The company built the Taksebt Dam (2001) in Algeria, completed the Balambano Dam (1999) in Indonesia ,made of RCC, in just three years, and worked on modernising the Henri Coanda International Airport in Bucharest and the Bucharest-Costanta motorway in Romania.

It also started works in the United States on motorways such as the eastern beltway in Orlando (1994) in Florida, a major road with five lanes in each direction.

It also entered the concessions sector, building and subsequently managing car parks in Bologna and Turin and securing new projects in the water sector in Honduras.

The acquisition of two leading companies (Italstrade and Dipenta) led to an increase in Astaldi’s solidity and size and to becoming the number-two Italian general construction firm.

In June 2002, Astaldi was listed on the Milan Stock Exchange. The Group presented itself to the market as one of the most important companies at an international level in the field of civil engineering and infrastructures - key general contractor in the sector, able to tackle increasingly complex works.

Astaldi was listed on the Milan Stock Exchange. 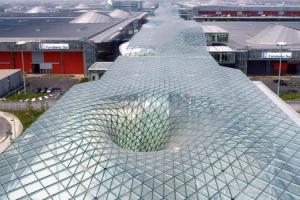 The ultra-modern Expo Fair Centre in Milan (2005), the largest centre of this kind in the world was also built in just three years at the rate of one square metre per minute.

The Rome-Naples High Speed Railway (2007), a 202km high-speed stretch, led to the European debut of the innovative ERTMS/ETCS Level 2, a further guarantee of safety for high-speed trains.

Aerospace technology generated the completely automated driverless system, adopted for the first time for the Copenhagen underground (2003) and judged by experts in the field to be the best underground line in the world to date.

Driverless technology was later applied in Italy on Line 5 of the Milan underground (the first project finance initiative in this area in Italy), Line C of the Rome underground and the Brescia underground, for which the use of several TBMs to dig tunnels is envisaged. 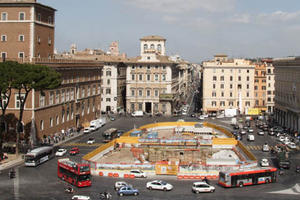 Line C of the Rome underground represents a major challenge for the Group given that it is a genuine “archaeological underground” that will run through the capital’s historical centre. 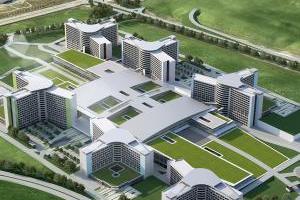 The management phase for Mestre’s new hospital (2007) was the first major project finance initiative in Italy in the healthcare sector and one of Italy’s most innovative hospital complexes to date. This work strengthened the Group’s role in the concessions sector and consolidated its experience acquired in the healthcare construction sector.

At present, four hospitals in Tuscany are under construction and the Etlik Hospital as well, in Turkey, one of the biggest healthcare facility being built in Europe nowadays. 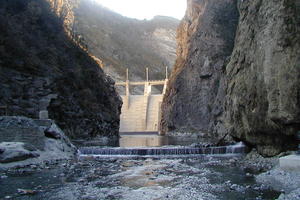 The latter, produced digging in a mountain, represents the Group’s significant skills in underground and hydraulic works.

Also to note is the construction under concession of the Chacayes plant (2009-20011) a run-of-the-river hydroelectric plant first of its kind ever made in Chile. 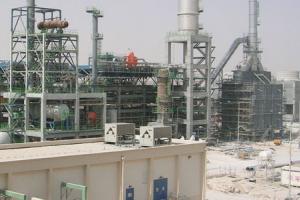 Further diversification of the Group’s activities paved the way for new experiences in the industrial plant engineering sector.

The ORYX GTL plant in Qatar was a great success with the plant being the first in the world to convert natural gas into purified gasoline and naphtha.