ASTALDI: FINANCING CONTRACT WORTH US$ 5 BILLION SIGNED FOR THE GEBZE-ORHANGAZI-IZMIR MOTORWAY (TURKEY)

With this operation, the entire project’s financing process is now complete

Astaldi announces that a financing contract worth US$ 5 billion has been signed for the Gebze-Orhangazi-Izmir motorway project (Turkey). The total investment amounting to US$ 6.4 billion will allow one of the most important infrastructural projects currently under construction worldwide to beNcarried out. The project includes a suspension bridge which, once completed, will be the 4th longest in the world.

This new funding will be used to complete the final portion of the 301 km route linking Bursa to Izmir (Phase 2B) and to refinance the sections under construction for the Gebze-Orhangazi-Bursa link (Phase 1 and Phase 2A).  Therefore, with this operation, the entire work’s financing process is now complete, with the rebalancing of the Debt/Equity ratio for the project at 78/22 (from the initial 50/50) and with no need for additional equity contribution for Astaldi.

The concession contract envisages the construction of more than 400 kilometres of motorway and subsequent management by Astaldi in a joint venture with Turkish companies.  The work is under construction in separate operational lots: Phase 1 (53 km, Gebze-Orhangazi section, including the Izmit Bay Bridge), Phase 2A (25 km, Orhangazi-Bursa route), and Phase 2B (301 km, Bursa-Izmir section).  Once completed, the work will ensure the link between Gebze (near Istanbul) and Izmir (on the Aegean coast), halving the travel time by car which currently exceeds 8 hours.

Astaldi has been present in Turkey since the 1980s.  It has already built an important section of the Anatolian motorway (116 km, Gumusova-Gerede section), in addition to the Istanbul Underground (26 km in length and 16 stations) inaugurated in August 2012, the new International Terminal of the Milas-Bodrum airport which became operational in May 2012 and whose management will be carried out by the Astaldi Group until October 2015, and the Bridge over the Golden Horn (Haliç Bridge) inaugurated in March 2014. At present, Astaldi is working in Turkey on the project to build and subsequently manage the Third Bosphorus Bridge (the world’s longest and widest suspension bridge, currently under construction) and is engaged in finalizing the financing contract of the concession agreement for the Etlik healthcare facility in Ankara, the largest hospital complex currently under construction in Europe. 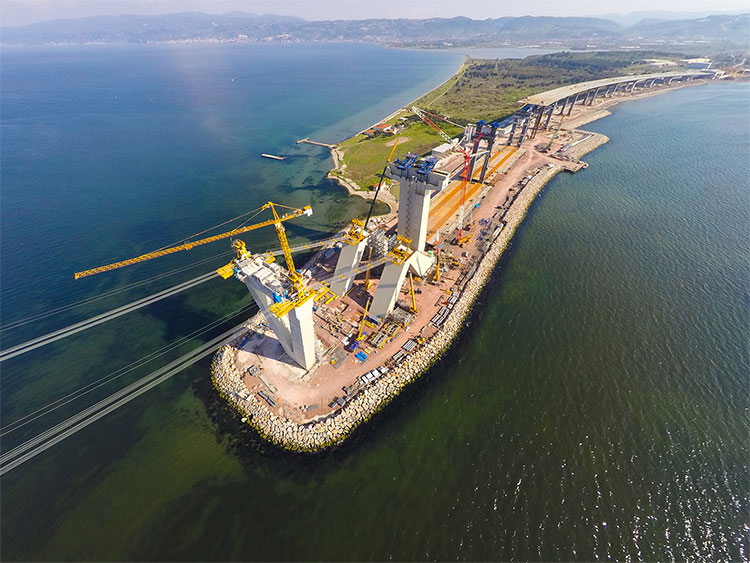 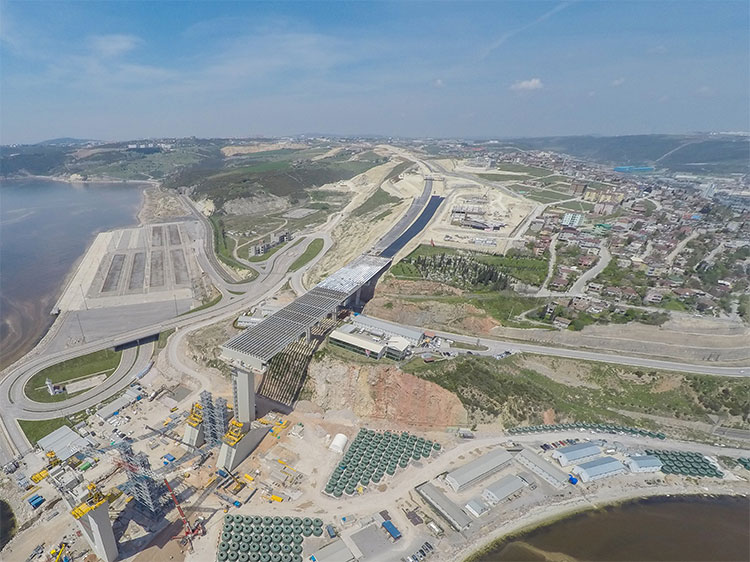