A new section of the Quadrilatero Marche-Umbria road network – a strategic road project for the economic development of Italy’s central-eastern area – was opened to traffic today. The formal opening, which took place in the presence of ANAS’ CEO, Massimo Simonini, and Astaldi’s CEO, Filippo Stinellis, follows ANAS’ final approval of the last two lots and additional lots of the new infrastructure for the portion of the route related to the Pedemontana delle Marche national road. The handing over to Astaldi of the areas for starting up the new works is expected in a short while.

The new section opened today to traffic means that over 60% has now been constructed of the whole infrastructure which, once completed, will provide the area with more than 65 kilometres of new motorway sections. This will ensure a reduction of over 20% of the current travel times for the Perugia-Ancona route, with a consequent decrease of traffic on normal roads and an estimated 80% reduction of atmospheric pollutants for the residential areas the network runs through.

So this is an important goal which Astaldi, Webuild Group, has succeeded in guaranteeing, with the support of more than 200 suppliers and subcontractors involved in the project, despite all the problems encountered.

Therefore, the performance of works is going ahead despite the restrictions linked to the COVID-19 pandemic and in compliance with all the measures required to limit the spread of the disease. The opening of an additional 7.5 kilometres of motorway is planned by Spring 2021, with the services of an annual average of 370 workers for the next two years (direct and indirect personnel).

Today’s opening to traffic also confirms the validity of and positive results achieved by “Progetto Italia”, the large-scale systematic operation which has led to the birth of a key player in Italian infrastructures with Webuild’s entry into Astaldi’s share capital. This player boasts a strong international vocation, able to protect employment levels and contribute to the infrastructure development of the countries it operates in, ensuring site operating levels despite the difficulties arising from the pandemic.

The new section runs for 2 kilometres along the route that from the Mariani Bored Tunnel reaches Gola della Rossa Bored Tunnel, also including the construction of 4 bored tunnels, 2 viaducts and one junction. 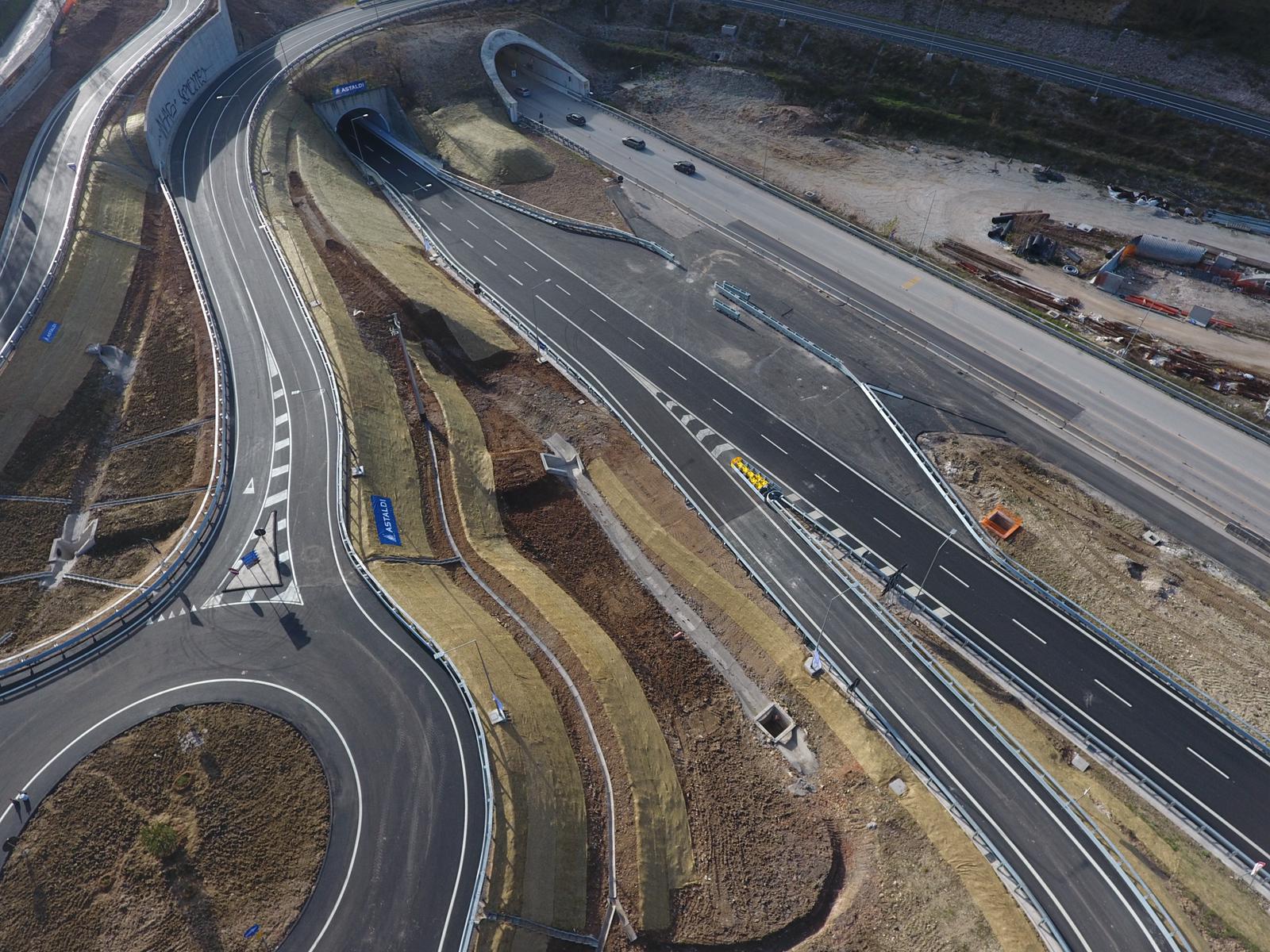