THE SOUTH OF ITALY LEADS RECOMMENCEMENT OF INFRASTRUCTURE WORKS

The ceremony for laying of the first stone of Mega Lot 3 of the Jonica National Road 106, an all-important work for improving links within the South of Italy, was held today in Francavilla Marittima, in Cosenza province. The ceremony was attended by the Minister Paola De Micheli, the CEO of Anas Massimo Simonini, the Regional President of Calabria Jole Santelli and the CEO of Webuild Pietro Salini.

The commencement of these works, which form the largest new traffic project in Italy to date, symbolises above all the economic growth and employment opportunities resulting from the re-launch of the infrastructures sector. 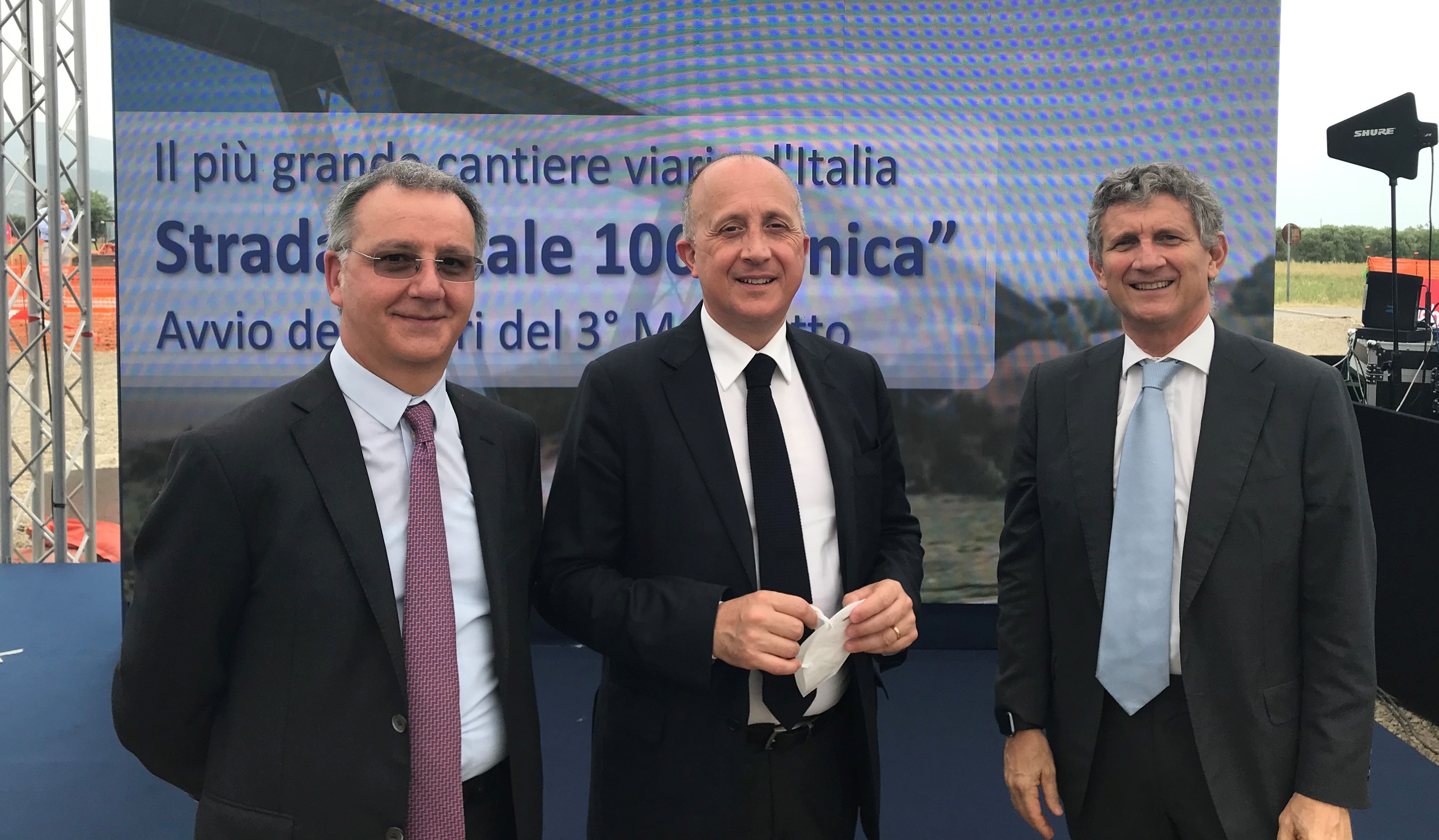 The works, worth approximately EUR 980 million, were commissioned by ANAS as part of an overall investment of EUR 1.3 billion. They will be performed by Consorzio Sjrio, comprising Astaldi (60%) and Salini Impregilo (40%) that, together, form the Webuild Group that is currently being consolidated as part of Progetto Italia.

Mega Lot 3 of the Jonica National Road involves the construction of 38 kilometres of new road (at a distance of approximately one kilometre from the old road) of the section running from the interchange with National Road 534, in the Sibari area, to Roseto Capo Spulico, in Calabria. The road will connect the Ionian coasts of Calabria, Basilicata and Puglia, going to create a link between the A3 motorway’s transport system and Puglia. The project is also of great value for the area where it is being performed thanks to the landscaping works to upgrade Sibari Archaeological Park. The Jonica National Road is part of the Trans-European Transport Network (TEN-T), the European programme aimed at connecting transport networks inside the continent, helping ensure an integrated sustainable transport system with the rest of Italy and with Europe.

Astaldi, as part of the Webuild Group, which has built 80,291 kilometres of roads and motorways worldwide, is also involved in other projects in the South of Italy that form part of the TEN-T, such as the Apice-Hirpinia (18 km) and Naples- Cancello (15.9 km) sections of the Naples-Bari high-speed railway line and the Bicocca-Catenanuova section of the Palermo-Catania line which will allow for travel between the two Sicilian cities in under two hours.