ASTALDI: OPENING TO TRAFFIC OF TRANSYLVANIA MOTORWAY AND CIUREL OVERPASS IN ROMANIA

Bucarest (Romania). Astaldi Group has opened to traffic the Ogra–Campia Turzii motorway sections, which forms part of the A3 Transylvania Motorway, and the Ciurel Motorway Junction (including the cable-stayed bridge and Virtutii interchange), the last part of the A1 Motorway’s urban penetration section in Bucharest. These two openings come just days after inauguration of the first section of Line 5 of the Bucharest Underground.

The two openings, each attended by different parties, also saw the participation of leading state representatives including the President of the Romanian Republic, Klaus Werner Iohannis, the Prime Minister, Ludovic Orban, the ministers, Lucian Bode (Transport) and Nicolae Ciuca (Defence), the Mayors of the areas concerned, the Prefect of Mures Province and Astaldi’s management.

The Ciurel Overpass, which was built by Astaldi (leader) as part of a joint venture with Max Bögl and Euroconstruct, allows for a link between the Splaiul Independenței and Virtutii viaducts. This means less traffic heading towards the A1 Motorway’s urban penetration section (Bucharest – Pitesti) passing through the centre of Bucharest. The project includes a cable-stayed bridge and approximately 500 metres of raised viaducts and link ramps, mainly made of pre-stressed reinforced concrete with some steel sections. The overpass is characterised by the cable-stayed bridge which connects the two banks of the River Dambovita and measures over 235 metres in length. The central pillars stand over 68 metres tall and it features three lanes, of a width of 3.50 metres each, and two sidewalks, each measuring 1.25 metres wide.

The Transylvania Motorway (Ogra – Campia Turzii section) was built by Astaldi (leader) as part of a joint venture with Max Bögl. The contract involves the construction of a section of motorway measuring approximately 18 km with two carriageways measuring 13.6 metres in width, 12 main structures, 2 parking areas (including green areas and the planting of new trees) and a motorway interchange in the vicinity of Iernut that is one of the biggest ever built in Romania. The project also involves the construction of a 600-metre bridge crossing over the River Mures at two locations and boasting a mixed structure (pre-stressed  girders and 2 steel box-shaped structures, respectively 120 m and 150 m in length). The positive effects on the local area are also significant since the site generated 900 jobs when the workforce was at its largest.

These goals mark an important stage in the Group’s history which demonstrate how Astaldi took action in both offices and sites in Romania to keep the risk of infection at a minimum that could have resulted in a slowdown of the performance of works, despite the difficulties and apprehension due to the COVID-19 pandemic.

Progetto Italia sees Astaldi becoming part of Webuild, thus creating a key player in the infrastructures sector in Italy, with a marked international vocation, able to safeguard employment levels, achieve real results and make a contribution to the infrastructure development of the countries it operates in.

Astaldi has been active in Romania since 1991, almost three decades of work that have seen the construction of over 100 kilometres of railways and undergrounds, 250 kilometres of roads and motorways and 2 international airports (Henri Coanda in Otopeni, Bucharest, and Avram Iancu in Cluj-Napoca). It built the striking, cable-stayed Basarab Overpass in Bucharest (which has meant a saving of 15,000 tonnes of CO2 to date), the extension of Line 4 of the Underground, the Piata Sudului Road Underpass and the Lia Manoliu National Stadium. At the present moment it is working on the three urban penetration sections of the A1-Ciurel Motorway in Bucharest, the first of which will become operational by the end of the month. While as regards the rest of the country, it is building Section 5 of the Sibiu – Pitesti Motorway (Curtea de Arges-Pitesti Lot), the Suspension Bridge over the Danube and the relative link road in the vicinity of Braila, three lots of the double-track Frontiera-Curtici-Simeria Railway Line, amounting to 120 km, and it has just completed the Raul Doamnei - Eroilor section of Line 5 of the Bucharest Underground which was recently inaugurated and opened to the public. 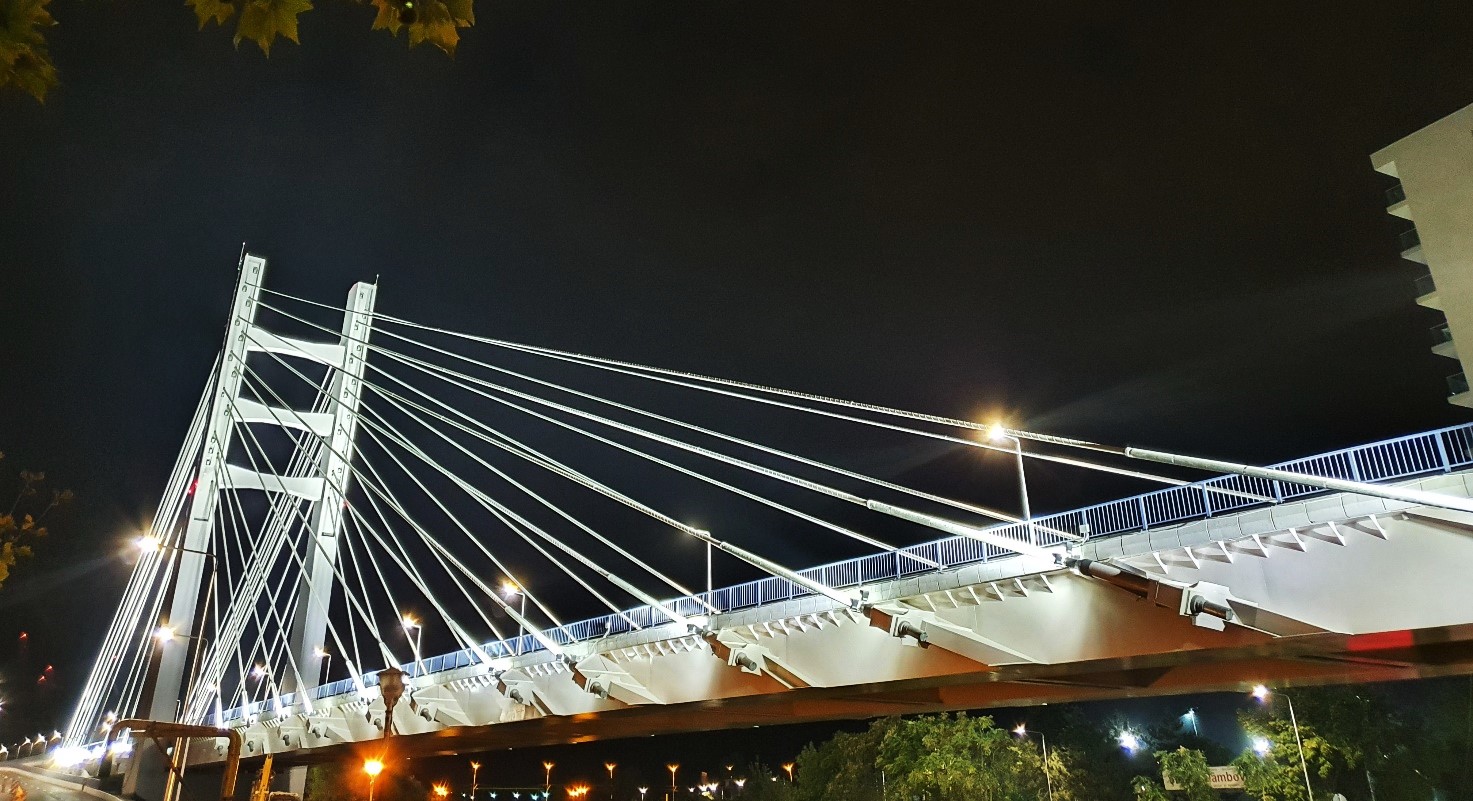 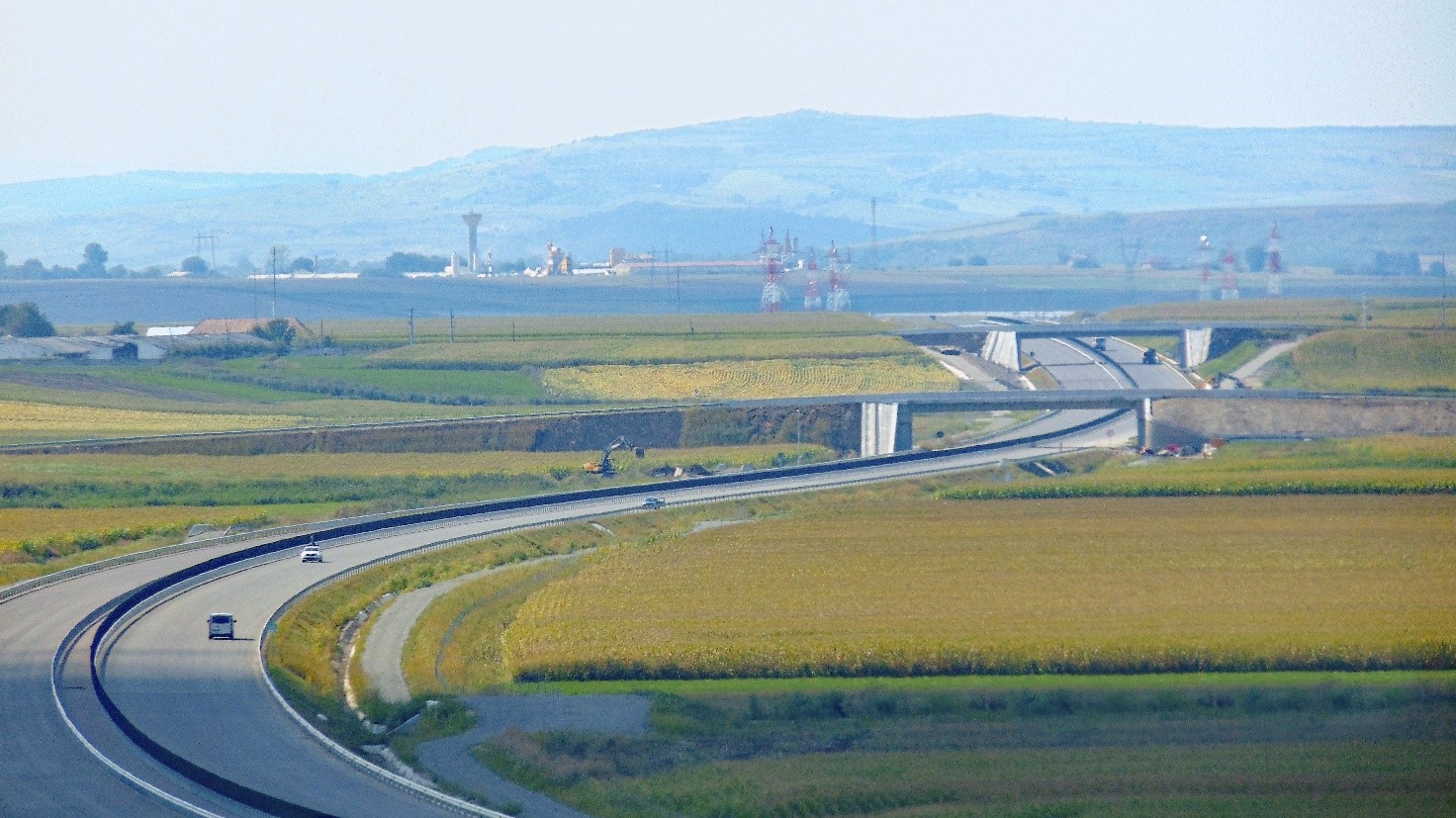